Our Parliament And Democracy 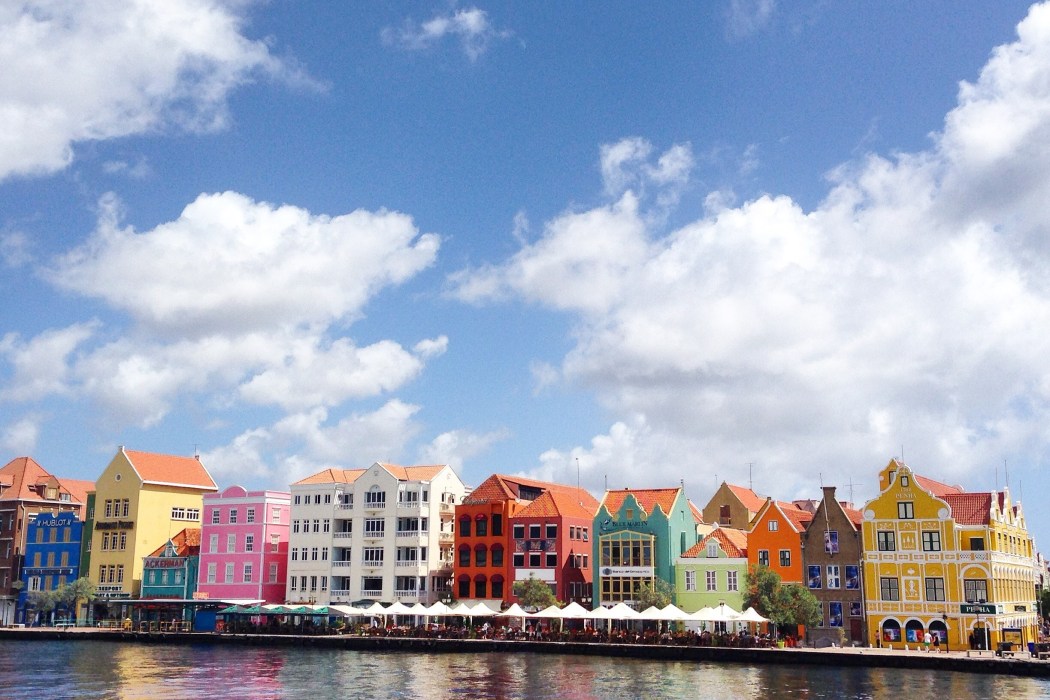 Here in Curaçao we have a parliamentary democracy with a balance of power between our three branches of government which operate independently from one another: our parliament, our council of ministers and our judges.

In addition to this our parliament also has a legal clerk. He or she has two main tasks: he is the main advisor to the parliament on legal matters and serves as the head of the public apparatus that sustains the works of the parliament and the members of parliament.

Thus he proposed to the minister to construct a building to house the activities of the last two, while also housing a new prison, as the existent one was in a precarious state at the time.

Construction on this new ‘Raaduis’ began on April 15th, 1858 and the building came into use on January 1st, 1961. In the interceding time the governor Johannes Dedericus Crol had decreed that the top part of the building would be used for the affairs of the Colonial Council and the bottom part by the courts while the basement served as a prison with twelve cells and two kitchens.

Little after the building opened for use it began to be used for weddings and thus its title as ‘Stadhuis’ entered into popular use on the island.

A team of fifty Curaçaoan laborers constructed the building under the supervision of various members of the Dutch Marines. It is a true architectural jewel and one of Curaçao’s first examples of the neoclassical architectural style.

The principles of our democracy
As was stated previously, Curaçao has a parliament, which makes the island akin to every other democratic country in the world. Our parliament consists of 21 members which are chosen by the voters on the island in elections which in theory take place every 4 years through the secret general suffrage system (secret ballot).

In the 18th century many philosophers debated on what makes a democracy function. The most salient of those philosophers was the french philosopher Charles-Louis de Secondat Montesquieu (1689-1755). He argued that when governing a democracy there must be three separate powers that interact with one another to do it. The highest of the three rests with the institution that creates laws and supervises the governing of the country. That is the power that rests within the hands of the parliament of Curaçao.

Aside from this legislative task the parliament must also supervise the government.

In addition to this, the minister of finance submits to the parliament the island’s budget for the coming year during this meeting.

Important local figures in our island’s democratic history
Générux Jacob Richard de Lima (1811-1878): Was appointed to the Colonial Council of the island by the king of the Netherlands on March 1st, 1868. He was the first person of color to be appointed to that council. During a council meeting on November 22nd, 1869 he stood and demanded there come an end to the discrimination against Curaçao and Curaçaoans. He wished for the people in Curaçao to be able to vote for their representatives in government, just like the people on the other Caribbean islands. His demands were denied.

Abraham Mendez Chumaceiro (1841-1902): Is widely considered as the spokesman for a group of people on the island who plead for the limited right to vote based on a person’s level of income and education. He wrote an article titled “Zal Het Kiesrecht Curaçao Tot Kannibalisme Voeren?(Will the right to vote lead Curaçao to cannibalism?)”. In this article he gives a retort to a Dutch public official who, on behalf of the island’s white protestant elite, had stated in a previous publication that the right to vote would lead Curaçao to cannibalism, worship of false gods and witchcraft. Chumaceiro never gave great detail to his plans for the right to vote on the island but stated that the subject deserved an ‘in-depth study’.

Moises Frumencio da Costa Gomez (1907-1966): Became a member of our first parliament (Staten) on April 5th, 1938 and thus began the trajectory of the realization of his dream for the island: internal autonomy. During his political career the universal right to vote became a reality in 1948. Then came partial internal autonomy, which took shape in 1951 while he was the prime minister. This was followed by full internal autonomy as we know it today, which was formalized in 1954 and which he also played a role in realizing.

Efrain Jonckheer (1917-1987): Played a large role in popularizing the movement for autonomy in the 1940s and 1950s. On various occasions he thought that the process to gain internal autonomy was moving far too slowly and even approached the Organization of American States to ensure that the promised internal autonomy would indeed be realized. As Curaçao’s prime minister, he signed the Statuut (the constitution of the Dutch Kingdom which grants the islands internal autonomy) on December 15th, 1954.

Modesto Apostel “Chano” Margaretha (1911-1990): Was the first person to speak Papiamentu in an Island Council debate. He did so on February 8th, 1958. Despite being interrupted in his speech, he continued speaking the language. He did so because he felt that the people who voted for him must be able to understand the points he discusses in the Island Council. He felt that is how a democracy must function, the people one represents must be able to follow and understand what they are saying.

Angela Altagracia de Lannoy-Willems (1913-1983): On March 17th, 1949, women on the island were given the right to vote and Angela Altagracia de Lannoy-Willems was one of the principal figures who fought to realize this milestone in the island’s democracy. She and a group of other Curaçaoan women acquired over a 1000 signatures to achieve women’s suffrage in Curaçao. She became a member of parliament on August 4th, 1949.