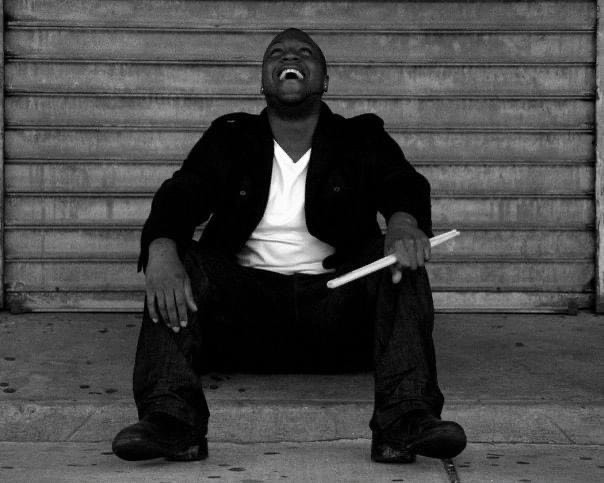 Born to a loving Family from the islands, (Curaçao)Anthony first showed enthusiasm for music tapping on pots and pans in the kitchen at the very young age of 3, Inspired by his father Anthony Steele discovered the distinct art of percussion.

His professional education comes from the Community Music Center of Boston, the Boston Arts Academy High School, and Berklee College of Music, from which he received his Bachelor’s Degree in Performance in 2006.  He is recipient of numerous awards and accolades.  Some of which include being named the “Best of Boston” in 2002, in addition to receiving a Musician Citation for Performance at the International Association for Jazz Educators(IAJE) Festival in 2001.

His passion and skill for the drum set has opened many doors for him to perform all over the world – from California to Austria, Prague, Germany, to Madison Square Garden, and  to the islands .  He has played with the best of the best singers and musicians this world has to offer; i.e. Wynton Marsalis, Andre Ward, Walter Beasley, George Duke, the Yellow Jackets, Johnathan Dubose, Mary-Mary, Donald Lawrence, Twinkie Clark, Rueben Studdard, Dr. Bobby Jones, Esperanza Spalding, Marcus Miller, Kierra “kiki” Sheard, Warren Hill, Noel Gourdin, Velveteen Playboys, Tony Terry,  The Gershwin Orchestra, and Brian Mcknight just to name of few. Anthony Steele was in the Top 5 out of NY for MTV’s “Making His Band”.

Anthony Steele is one of the Bright Stars in an amazingly talented group of young drummers on the scene today. He remains a first call for positions because of his humbleness, and Creativity.