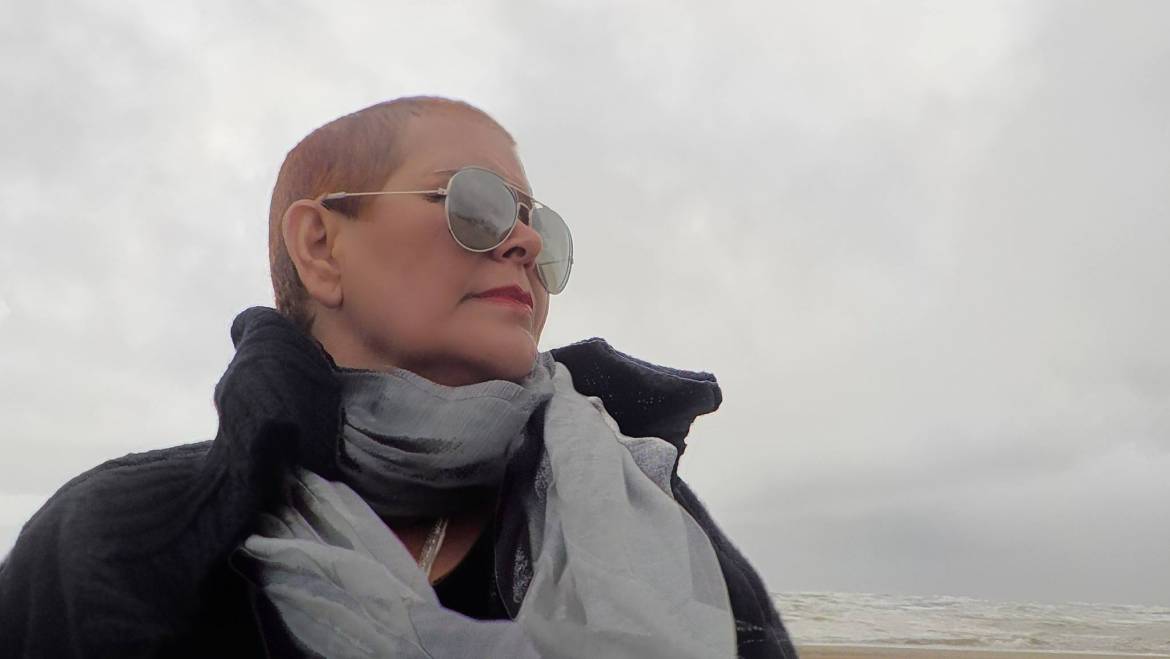 Composer, singer and producer BB Smooth (also known as Bibi Provence) born the 24th of February 1963 in Willemstad Curacao, She began singing in the children’s choir of her father Etzel Provence (well known musician and educator) when she was only 4 years old,  shortly after  taking piano lessons and music lessons at the local music school named CCC situated in curacao.  She also had her first musical in the pocket when she was 4 years old with the musical Bah September.

She took opera lessons for a year, from the guidance of renowned opera singer Bea van Acker in Belgium.

Studied three years professional music, at the wellknown conservatory Berklee College of music in the United States.  And was featured in an American movie with the song “El Calle” from the movie picture “The brother from another planet”with actor Joe Morton musical arrangement by Frank London. Sadly her name was mispronounced as Birbetta Provence.

She performed, as a young girl, with one of world’s famous dutch harpists Phia Berkhout,  singing  a danza from Curacao titled “E Mariposa” at the Zohandy’s show at Radio Korsou fm Curacao.

Bibi Provence  made her start in the antilles as being the first jazz singer from the Dutch Antilles, where she had the honor to perform in the first Aruba’s Jazz and Latin festival in 1988, and the first Curacao Jazz Festival.

She has performed at various big local festivals and venue’s on the island, including the CURINFEST (Curacao International festival) in 1986 where she won the title as best arranger with the song Smile that she had written and arranged herself. And was  mentioned in the biggest magazine of the USA,  Billboard magazine as being unique.

Bibi wins the 2nd price at the Barbados’ Caribbean Song Festival “in 1993 where she represented Curacao and Aruba, with the song Curacao.

Furthermore, Mrs. Provence  had also received,  for several years consecutively,  the Galardon Vitrola (Grammy Award in Curacao) as being the best singer on the island.

She worked for three years on the Majestic Cruiseship “The Freewinds”,  where she has had the honor to perform with grammy award winner Jazz Pianist Chick Corea and his children Thad Corea (drummer), Liana Corea (keyboards), and his wife Gayle Moran. Bibi Provence also performed with artists such as gold platinum singer Maxine Nightingale, David Pomeranz songwriter for Barry Manilow),  jazz pianist John Novello, and ex-husband of Lisa Marie Presley,  bassist Danny Keough, she was pretty honored when Lisa Marie Presley visited the Freewinds,  Lisa and Danny aksed Bibi to become their personal driver to drive them to their favorite places on Curacao.  She also performed with Surinam renowned piano player Sonny Khoeblal, American  songwriter and guitarist Steven Gary, and Billy Jones.

Shortly thereafter, she was asked to write and arrange a song for Curacao’s best accapella group Serenada, she wrote the song Nada, a tumba ballad Bibi calls it where you can hear her jazz influence and the native rhythm of Curacao. The song was such a hit that Eric Calmes, Curacao finest bassist and director of the band Zamanakitoki, took the song Nada and recorded it  on his CD “Wise guy” featuring Curacao’s finest singer,  and songwriter Izaline Calister.

She was asked to collaborate on the track Esctasy and World confusion produced by Curacao  local producers the Production Masters. It’s here is where she got the name BB Smooth.

She got her first recording contract with American guitarist and composer James “Jim” Kastner with the CD WaterSense produced by American’s producer Jeffrey Wood. which was published by Red Bullet in holland. The song Joy was five weeks consecutively number one on almost all local radio stations on curacao.

While she was in holland she got her first collab  with singer songwriter Daisy D (known from This Beat is Technotronic), and worked with big dutch producers like Cooly D, Jan van derToorn, and Papa Bear , Daisy D’s brother, with the cd titled “The Daisy Project”.

Again Bibi was asked to sing the title song of an International Antillean movie Papa’s Song,

Back in the  Netherlands she expanded her carreer even more,  there Bibi has performed in the bands, such as  alternative band Yessireebop and reggae band Dreadless , where she co-wrote 4 songs Rastaman Love, African Children, Black Black and Wake up.  The first 3 songs were featured on an album recorded by Dreadless. During her time in Dreadless she had the honor to sing backing for Jamaican legends such as Rod Taylor and Al Campbell.

Year 2009, she had the honor to work  with an exeptionally wonderful and talented musician Mr. Randy Winterdal from  Curacao, where she was asked to sing his composition “Muziek di kokolishi solo i laman” from the c.d. “Alma de mi tera” by Randy Winterdal.

Artists Bibi Provence performed with are:

And the The Happy Peanuts, the craziest band on the island whom she performed with for 5 years!

From 2012 until today Bibi has been collaborating with international dj’s such as:

One french dj  she was extremely honored to work with was Marc Tasio, he invited her to  recorded the album “Feel so alive” in Marseille France. Where she co-wrote some of the tracks on the album,  his music style was a perfect match with Bibi’s soulfull voice,

And it doesn’t stop, the dj’s are so enthousiastic about her voice that Dj’s pop up out from  everywhere to want to collaborate with her.

Bibi has been performing almost every year at the world’s greatest dance event in amsterdam the ADE . She is even making remixes on tracks under the name BB Smooth. (the name she got from the Production Masters, and is now using it as her producers name)

2017 She performed at Holland’s got talent with a remix she made of Alicia Keys Fallin’ she received 4 yesses, but she was not chosen to go to the finals.  It was a great experience, especially to hear such wonderful comments from the jury.

Never in her life did she ever dreamed of working in the house/ trance/ techno/ dance scene, and loving it every minute of the day.

Now she is heading in another direction,  and that is her roots.   Last year October 2019 she  got to know a young talent   classical piano player Gavin Offerman on her way home, while passing thru Den Haag Centraal Station.  A  classical piano player from Curacao, who had a dream to bring back old children songs from Curacao, and put them in a classical  jacket. Bibi wanted to do this a while back too, but got discouraged, and decided to leave it for another time.   But that day when she met him on that station, was the blessing she was waiting for. People are incredibly enthousiastic, and they have performed 3 times allready.   Another dream of Bibi has come true.  Right now Bibi and Gavin are working hard on an album. Here you can listen to their latest performances click on the you tube link   .