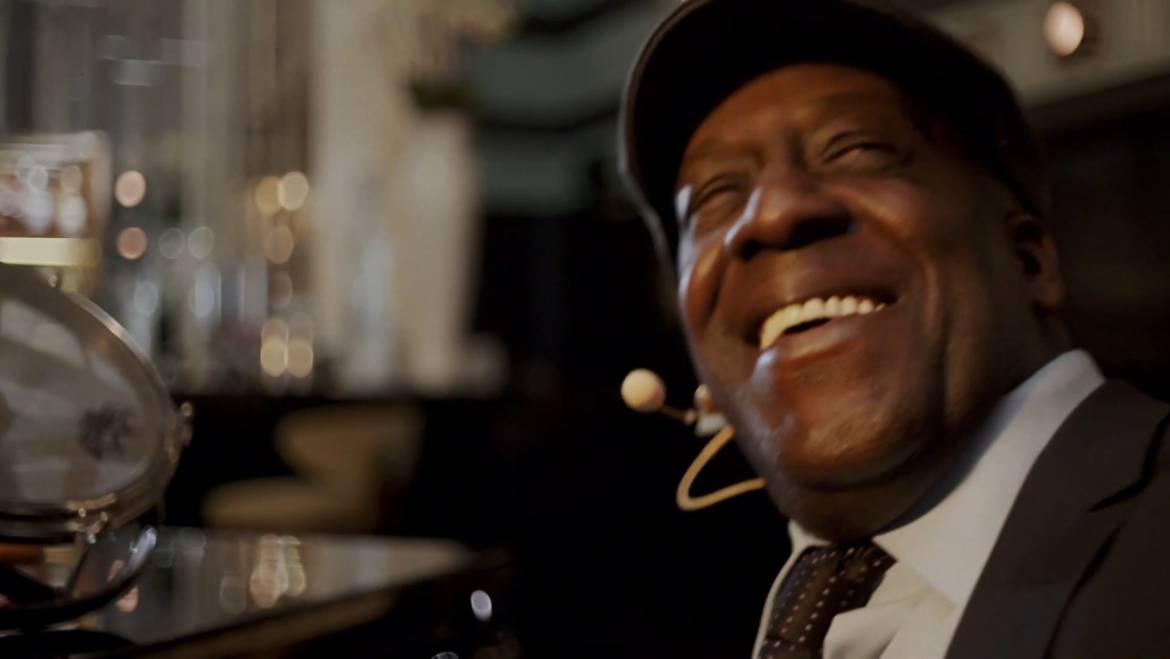 Donald began his musical life in Willemstad, Netherlands Antilles. He studied classical music in Curacao at Music Academy Curacao Teachers where Mr. Edgar Palm, and Mr.Edward Elisabeth. After his studies,he and his band, Yopa, traveled to Venezuela where they got their first number 1 hit Plaza Caracas. He now lives in Frankfurt, Germany. Since moving to Germany, he started a new band called “New Note. Donald has style and passion which can’t be faked, he truly loves playing music. Not only can you hear it in his voice when he sings but you can see it in his performance.

This brilliant video is of Donald Canwood from Willemstad in Netherlands Antilles, playing the piano and singing. Donald is a wonderful musician who has had a few viral videos of himself, mainly playing jazz and classical music.Talented jazz singer and performer Donald, plays an upbeat rendition of ‘All Of Me’ on the piano. It was truly a sight to behold when this man sat down at the piano and started to play! Jazz is a very difficult style of music to play and Donald certainly has a feel for it.

“All Of Me” is a popular song and jazz standard written by Seymour Simons and Gerald Marks in 1931. The first time the song was released to the public was in 1931 when Belle Baker performed it on the radio. The broadcast would be the first of many different versions of the song the be released afterward. The song was recorded by Paul Whiteman and his orchestra in the following December, including Mildred Bailey who sung the lyrics. This version went to the top of the US pop charts. Shortly after that, another two versions entered the charts. Louis Armstrong released a version that also reached number 1

Don is both the Genius-Master of Jazz and Classic music and is currently working on his new Album for Classical Music, Jazz and Pop release for the world.

Donald it’s currently working on a viral Video for Hermes Music USA. With stars  like

2021 We NEVER GIVE UP.Donald Cawood Perform in (We Never Give Up USA )Virtually with Famous Artists like: