Ever Wonder What Started The Festival Di Tumba In Curaçao? 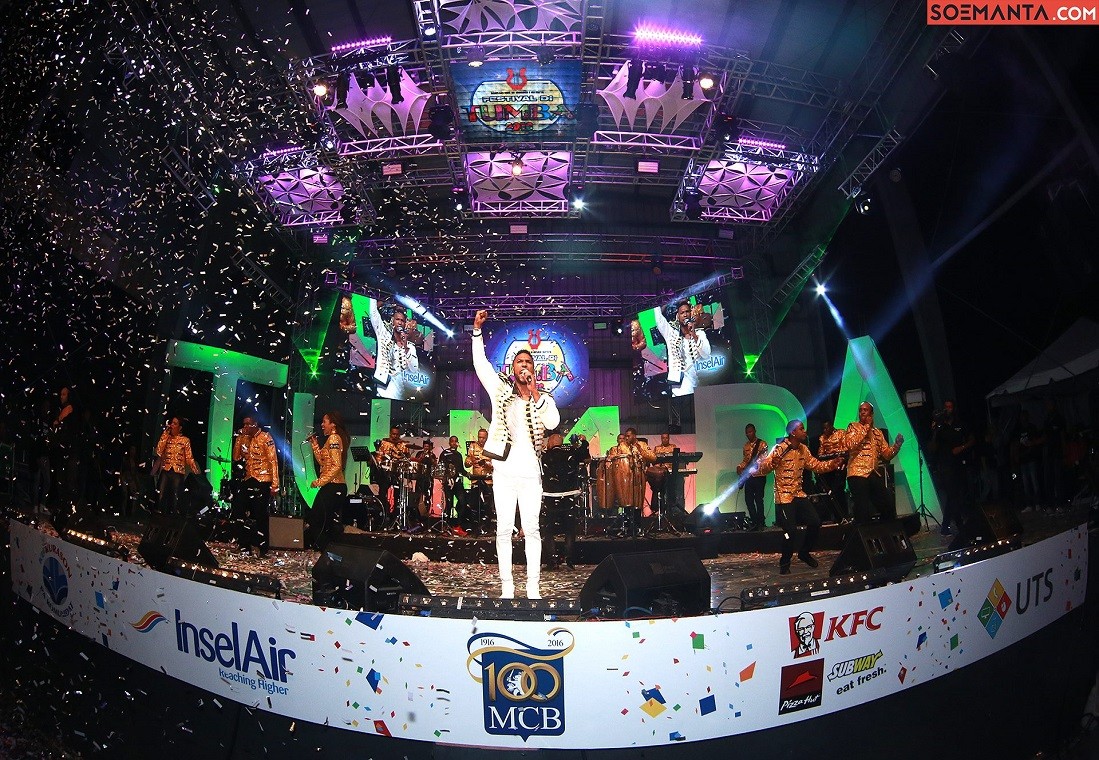 For many people on several Caribbean islands, among them Curaçao, this is a bittersweet reality. For Ash Wednesday’s solemn beginning comes from the end of a cheerful one; the Carnival season. The season which culminates in street parades filled with shiny and colorful costumes, festive music, dancing, and alcohol, lots and lots of alcohol.

But on these islands the parades aren’t the season’s only attraction. Many cultural events take place in the lead up to those days of sunny exuberance. The island of Curaçao is no exception. There the events include horse parades, children’s parades, drum battles, ‘jump-ups’, many parties and the other shining beacon of its Carnival season: the Tumba Festival.

This event has become a hallmark of the island’s culture. During its four days of musical competition it becomes a prominent topic of discussion at offices, hair salons, street corners, busses, food trucks, snèks (a kind of open air bar), and social media. The song of the winner crowned Rei or Reina di Tumba (King or Queen of the Tumba) on the fourth day saturates the island’s airwaves and you don’t go ten minutes without hearing it blasted from large speakers during the street parades.

The winner also gets to survey his or her kingdom as he or she stands atop a float in Sunday’s Gran Marcha (Grand March) and the following Tuesday’s Marcha di Despedida(The Farewell March). But at times the contestants don’t even have to win the contest to win the hearts of the crowd and have their song gain popularity.

The festival stage has been graced by many famous names such as Izaline Calister, Ike Jessurun, Amos Balentin, Gregory Colina, Gibi Doran, Farley Lourens, just to name a few. And legends such as Rignald Recordino and the man considered by many to be the father of the Tumba festival, Boy Dap, who was the recipient of the Tumba crown on no less than ten occasions, have also graced this stage.

But how did the festival get its start? What does the future hold and what does the festival as a whole mean for the island? Giovanni Atalita, long time board member of Asosiashon di Musiko i Artista di Kòrsou (Curaçao Music Association), AMAK for short, the association which organizes the event, helped us piece together the Tumba festival picture. From him we got the following story:

Like many other Caribbean music genres (and the tradition of Carnival itself), the Tumba has its roots in the musical inventions of Afro-Caribbeans during and after the time of slavery in the region. Over time it blended with other influences, among them European, to create three variations.

You had the ‘Tumba di Salon’, which was usually played on the piano by Dutch musicians at their elite gatherings, the ‘Tumba di Sera Aña’ (End of Year Tumba), which was played by local musicians and included other popular instruments such as the guitar and the drums, and finally the one many know today, the wind instrument heavy and theatrical Tumba di Karnaval (Carnival Tumba).

Now, in the early Carnival celebrations on the island Calypso was the predominant music genre being played at all the events, an offshoot of the Eastern Caribbean immigrants who had migrated to the island, among many other nationalities, to work in the oil refinery at the beginning of the 20th century. Gradually, the local musicians began to push for the inclusion of a local invention to the festivities. And so the first Festival di Tumba (Tumba Festival), displaying the Tumba di Karnaval, came to be in 1971.

Its first venue was the Roxy Theater in Pietermaai (now no longer existent) and over the years it changed venue a few times before finally settling on the Festival Center in Brievengat, where it has been held for over two decades.

And the Festival is open to anyone who feels they can bring something wonderful to the stage, all you have to do is become a member of AMAK (it can be a temporary membership).  But going on that stage and performing before thousands of people in a musical competition, while exhilarating, is no child’s play. Atalita recalls how one time a musician simply refused to go on when his name was called, remaining backstage, frozen by nerves.

In the years since the festival’s founding, many local musicians have gone to conservatories in the Netherlands and the United States and have brought the education they acquired there to the musical arrangement of the Tumba pieces at the festivals. This has greatly attributed to the evolution of the music genre, if you compare a contemporary Tumba tune to one from, say, the 1970s or 1980s, you notice some differences in the sound.

Today, working together with local branding partners such as the MCB Bank, Inselair, UTS, KFC, Subway, Refineria di Isla, among others, the festival is the height of a professionally orchestrated event, broadcast on televisions throughout the island and streamed in locations as far off as Dubai and Australia. Now that’s reach.

In closing Atalita feels especially appreciative of the leadership Feco Gomez, the president of AMAK for the past three decades, has shown throughout the years in the organization of the festival. He also feels proud to be part of a phenomenon that has become nothing short of a cultural institution which reflects the traditions and norms and values of the people of the island.

The future of the festival is looking bright as the younger generation invests more and more in the event. It feels as rejuvenated as ever. The sky is the limit on how far it will reach.

Click here to listen to the joyful Tumba gems of the last four decades on Skempi.