How Caribbean Music Helped Put Colombia On The Map 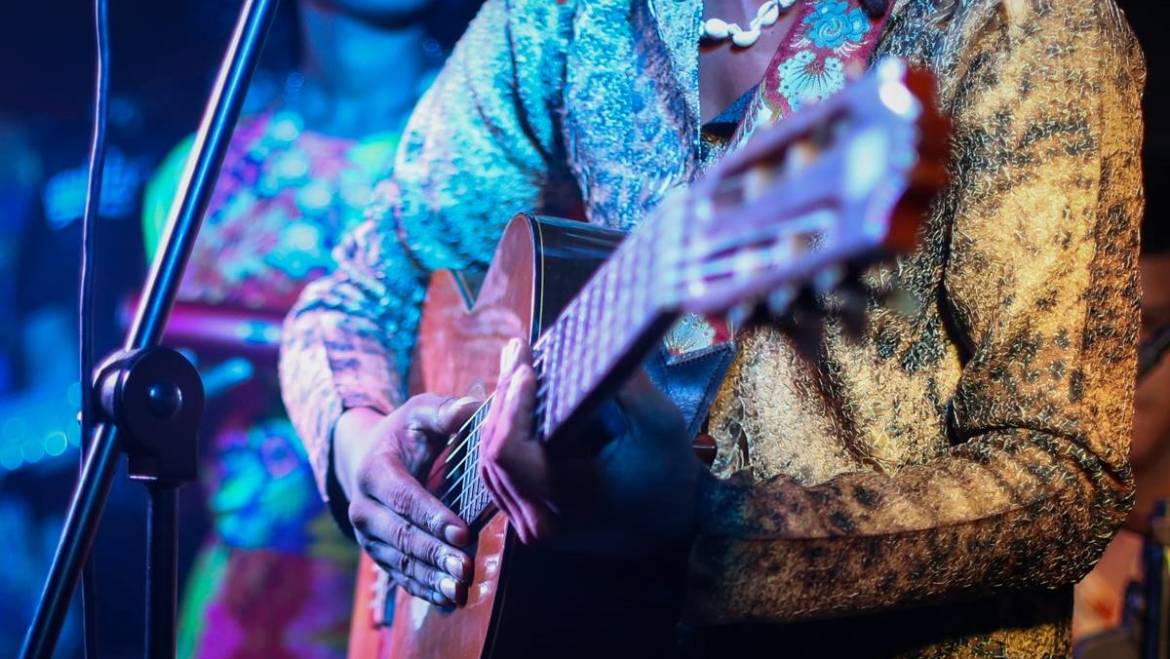 Ever heard of the Caribbean region of Colombia?  In case you haven’t I’m talking about those eight states to the country’s north, straddled by or directly in the Caribbean Sea.

And in case you’re saying “Caribbean-Shmaribbean, it’s still Colombia, right? Why should I have heard of that one particular region?” Yes, the majority of those states form part of the Colombian mainland but they are designated as part of the Caribbean family. And for good reason.

All you have to do is observe the warm climate and the easygoing nature of the people to see this. Not to mention the brand of Spanish spoken by most of them. It doesn’t sound like the one spoken in Medellín or Bogotá. No, it is laden with the same characteristics found in the varieties spoken in the Caribbean islands of Cuba, Puerto Rico and the Dominican Republic. The characteristics of, you know, Caribbean Spanish.

And why should you have heard of it? Well, for starters, the region houses some significant cities. Among them Barranquilla, home of the Carnival of Barranquilla, one of Colombia’s most important cultural festivals, and the location of the first airport ever built in South America.

Other important cities are Cartagena, with a colonial walled city and fortress which is a UNESCO World Heritage Site and home to the Miss Colombia pageant (if you fail to grasp the significance of this, just ask Steve Harvey), and Santa Marta, Colombia’s oldest surviving city and the second oldest of South America.

Also; the glow-fro-tastic  Carlos Valderrama, an MLS legend and arguably one of the most globally recognizable soccer players to ever play the sport, Manuel Zapata Olivella, a name that has become almost synonymous with Afro-Colombian literature, Sofía Vergara, a Golden Globe and Emmy nominated actress, Shakira, globally one of the best-selling Latin artists of all time, and, drumroll please, Gabriel García Márquez (!!), one of the 20th century’s most significant authors in any language, they were all born and raised in this region. Kind of a big deal, just saying.

And you want to know how else Caribbean Colombian people have contributed to the country’s mystique? You guessed it, through music, specifically the creation of music genres. Which music genres you ask? Why, the Vallenato and the Cumbia, of course!

The names of these folklore genres are near interchangeable with the name Colombia itself. The Vallenato has been the symbol of Colombian music overseas for the past two decades and no musical style is as ubiquitous in Latin America as the Cumbia. From the southernmost town of Argentina to Mexico City, it is likely to be heard blaring from sound systems at any given party or gathering, whether in the background or in song and dance.

That’s right, the Cumbia even beat Salsa (also a Caribbean creation by the by) for the top spot when it comes to popularity in the continent. A theory about the reason for this is that it has a fairly simple and straightforward dance step, as opposed to Salsa’s which is more intricate and difficult to master.

Its simplicity stems from the African element of its origin. The story goes that it began as a courtship dance among the African population during the time of slavery, and these slaves had their legs shackled thus very minimal movement was possible.

The genre as a whole became a blend of African and Indigenous rhythms with some European influence, with African drums (Tambores) and Indigenous gaita flutes being the salient, though not only, instruments and the poetic folk songs being a Spanish contribution.

It can be said with certainty it was born near settlements of enslaved Africans in Colombia’s Caribbean region during the late 17th century. However, it is still debated among folklore scholars in exactly which of its cities or areas this took place.

This type of mystery does not shroud the origin of the Vallenato, on the other hand. It is generally agreed it hails from the Caribbean Colombian city of Valledupar.  I mean, it’s in the name.

This music originated from farmers who used to travel from town to town in the region with their cattle and who, drawing from the Spanish and West-African-inherited tradition of sung storytelling, were the singing transmitters of tidings to families living in other towns and villages before rapid communication was possible in those provinces.

Just like the Cumbia, its traditional instruments denote its European, African and Indigenous heritage. Those are the Accordion (which would go on to be included in the Cumbia as well) an Austrian invention which was smuggled into Colombia by Germans travelling there from Curaçao (small point of pride there, beside the smuggling part), the Caja Vallenata, a small African drum held between the knees, and the Guacharaca, a wooden, ribbed stick accompanied by a fork that when rubbed together emits a scraping sound, an Indigenous contribution.

As was stated before, both genres have reached far beyond Colombia’s borders. However, they each took different paths. Vallenato reached an international audience through a popular telenovela which was based on the life of a Vallenato composer played by Carlos Vives, a singer who is also from the Caribbean Colombian region and has become Vallenato’s global ambassador through the creation of ‘Vallenato-Pop’.

As for Cumbia; in the 1940s it was brought to Peru by several Colombian bands and musicians and the Peruvian music scene took to it like Instagram models take to selfies, and added a new element: the electric guitar.

With this Peruvian addition it really took off with audiences in Argentina, Chile, Ecuador, El Salvador, Venezuela, eventually enveloping all of Latin America. The musicians in many of those countries in turn took the music form and blended it with their own sounds, spawning subgenre upon subgenre.

Such is the impact of the Cumbia and Vallenato that they have become a category of their own at the Latin Grammy Awards.

But Caribbean Colombian musical creations don’t stop there.  With further, though not as widespread,  creations like the Champeta, similar in sound to the Reggaeton, the Mapalé and the Porro, a sub-genre of the Cumbia, along with not one, not two, not three, but fourteen different dance styles, these people seem to sing and dance in their sleep.

And with the advent of the “New Folklore” movement with the band Mulato Bantú as its premier proponent, the future of the music from Colombia’s Caribbean region looks bright.

Click here to find out just how bright it is.