The Time Chin Behilia Forced The Hand Of Pinochet! 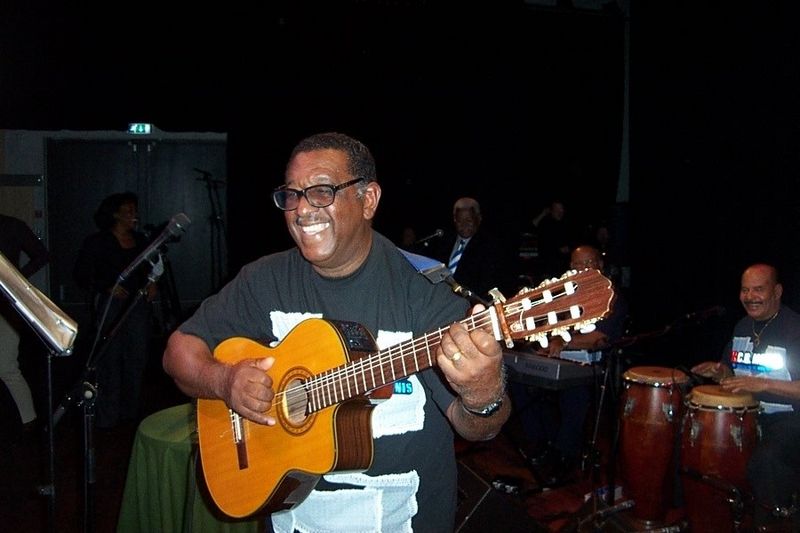 In Curaçao we all know Oswin ‘Chin’ Behilia today as the man with the golden bronze voice, author of our national anthem surrogate “Plegaria” and a conscientious singer-songwriter who over the span of his career has provided vivid catalogs of the every day lives of Curaçaoans from many walks of life on his beloved island.

He has also made a name for himself internationally, in the 2000s some of his albums, which were in Papiamentu, even made its way to the ears of international music lovers in France!

But in this edition of the Footprints series, our story takes us back to the 1970s, although the exact year is a bit fuzzy. Back then Chin Behilia had already been making music for quite a while and had started travelling to many parts of the world with his trusted guitar.

One of those travels took him to an international music contest in Santiago, Chile, back when the Pinochet era was just getting started over there, that 17 year caca-storm in which that dictator rocked the country like a kid with a magnifying glass looming over an anthill on a hot day.

But none of this was evident to Behilia as he took the stage and he proceeded to bring down the house, impressing the judges mightily. When all the contestants had had their turn and the votes were counted, it came down to the wire between Behilia and an Italian singer.

The majority of the crowd – and many of the judges – were pulling for Behilia and they were actually about to give him the prize and then guess what happened. The big boss himself, Pinochet, stopped by to have a gander at the proceedings. Let the playing of favorites begin!

Wanting to place himself in the good graces of the Italian government, he promptly ‘convinced’ the judges to give the prize to the Italian singer, but the obvious winner of the night remained Behilia who won the heart of the crowd.

This story is a true testament to the universal appeal of this Curaçaoan legend’s musical genius.

Listen to him here on Skempi