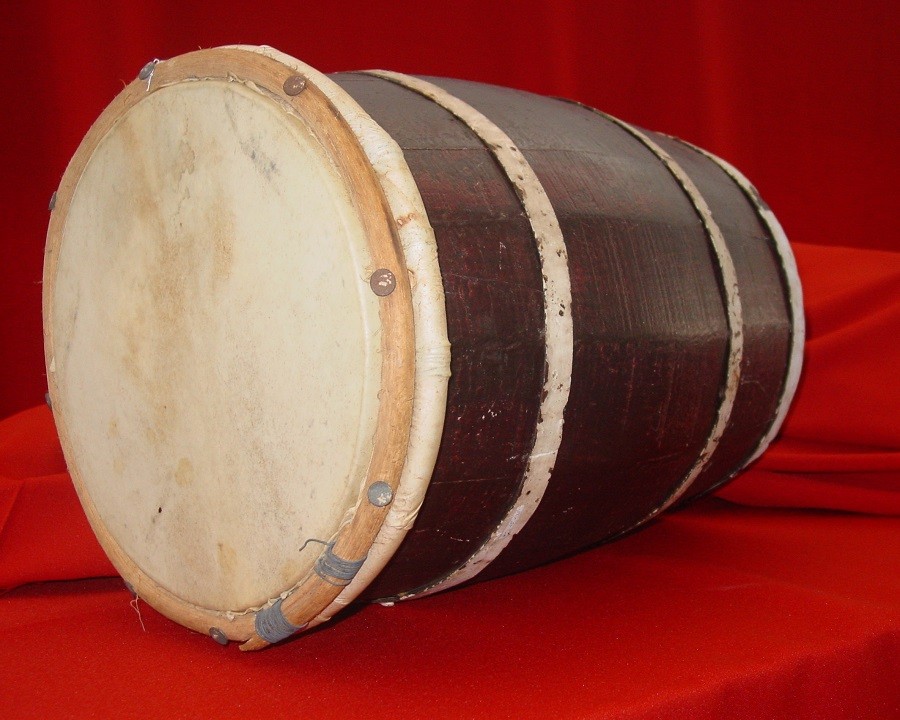 You ever heard of the Lambada? That Afro-Brazilian dance that gained international popularity in the 1980s? It was also known as the Forbidden Dance. Ring a bell now? Well, that ‘forbidden dance’ title was all for show to sell movie tickets, my friend. Try living it for real, generation after generation for over 350 years. That is the story of Tambú, the Afro-music and dance genre conceived on the Southern Caribbean island of Curaçao.

But before we get into the history aspect of things, let me give you the basics of how it is performed. Let’s start with the instruments, which include the African drum called Tambú, the music form’s namesake, and the ‘chapi’ (a garden hoe blade). As for the dance, well, it being an Afro-Caribbean creation and all, you can guess there is a lot of hip gyrating going on, but one of its few rules of etiquette dictate that there be little to no physical contact, so no bump and grind.

At a Tambú gathering the music is usually divided into two sections. First, you have the ‘habrí’ (open), where the rhythm is more tepid and limited movement takes place along with rhythmic handclapping as the participants listen to what is being sung by a male or female singer. Second, you have the ‘será’ (close), this is where the singing turns into a call and response affair and the rhythm accelerates and becomes more intense while the dancing accordingly shifts into high gear.

The topics can range from criticism of social and political issues to gossip to a catalogue of everyday events. Nothing dangerous about all this, right? Well, try telling that to Dutch slave owners and Catholic priests back in the day.

You see, Tambú emerged as a ritual of enslaved Africans on the island, a way to vent their woes over their situation and it served as accompaniment to the religion Montamentu, a religion which purposely equated specific African deities with corresponding Catholic saints, while simultaneously paying homage to African and Amerindian ancestral spirits, much like the Candomblé from Brazil and the Santería from Cuba. Yeah, imagine how that stuck in the Catholic Church’s craw.

They launched a massive slander campaign against it, of course. And it worked like a charm, they all but obliterated it. If it is still practiced at all today, it is in the utmost secrecy, like on a Da Vinci Code level. In fact, I am willing to bet that most Curaçaoans reading this have never even heard the name Montamentu, let alone knew Tambú was part of a religion. I know I didn’t.

But back to the story. Aside from its association with Montamentu, Tambú also had a couple of other things working against it. One, the music was sung in a language that Dutch slave owners did not understand and that made them quite uncomfortable to say the least. And two, the hip gyrating, it was simply too hot to handle for those slave owners and Catholic priests.

Thus they worked hard as the dickens to put the kibosh on this as well; they forbad those who attended or participated in a Tambú gathering from ever again attending Mass, destroyed their instruments (that is how the garden hoe blade became an instrument in Tambú, the slaves simply dislodged the blade at night, played it during the gatherings, then popped it back on after to work the ground and the master was none the wiser), and passed laws to make Tambú parties an illegal act.

So yeah, the colonial superiors pretty much threw everything except the kitchen sink at Tambú and used the pretext of preserving the order, peace and mores of the society. But of course, the truth is they simply saw the gatherings as a hotbed for uprisings and they most certainly weren’t having any revolt shenanigans. Add to the mix the subsequent Tula upheaval and their fears of a repeat and you’ve got yourself an oppression cocktail!

Now, this was during the era of slavery on the island, which was abolished in 1863. So the end of that era must have meant the end of the persecution of Tambú as well, right? Surely the former slaves were now free to do whatever they want? Well, I think you know where this is going. The chains had fallen but the colonial noose was still tied firmly around the island’s neck, making the persecution, in fact, worse.

And let’s not forget about the laws and the social stigma. The priests and the colonial government continued to decry it as something ugly, obscene and immoral. In a way all that bashing bore fruit; today, because of the Church and state’s continued denouncement of the practice until well into the 20th century (the Church remains steadfast in this to this day) it enjoys only a limited general acceptance and appreciation.

Further proof of the success of their campaign is the fact that there are many on the island who consider it as something indecent, low class and evil, as something which suggests ties to ‘Bruheria’ (Witchcraft) – an effect of colonial times since this term was introduced by the priests and Dutch slavers.

And FYI, the laws making Tambú parties an illegal act remained intact until 1952, when reforms led by the muy importante Dr. Moises Frumencio ‘Doktor’ da Costa Gomez – a Curaçaoan lawyer who ended the era of Dutch governors on the islands by becoming the first Prime Minister of the Netherlands Antilles – finally legalized them. And until as recently as 2012, there were still strict permit requirements for public Tambú events, requirements that don’t exist for other types of music.

The fact that Tambú is still standing, and, despite all its detractors, has become ingrained in the island’s culture, is a testament to its strength. Also not to be overlooked is the fact that there were slaves who escaped the island and took the Tambú with them to Aruba, Bonaire, Puerto Rico and Falcón state, Venezuela.

In Puerto Rico it evolved into the music form known as Bomba Holandes while in Falcón it evolved into the Tambor Coriano, Tambor Veleño and Tambor Cumarebero in the cities of Coro, Vela de Coro and Puerto Cumarebo respectively. In the last one the modern day version bears an especially striking resemblance to Tambú, with call and response and everything.

And of course, you can’t forget about Kuenta i Tambu (stories and drums), the Amsterdam-based group of Dutch Caribbean musicians who have blended traditional Tambú music with Electro House. The resulting sound landed them a piece in the RollingStone as artists to watch and tours across the United States.

So, you know, spirit of the people 1 oppression 0.