Making Sure The Legends Are Never Forgotten 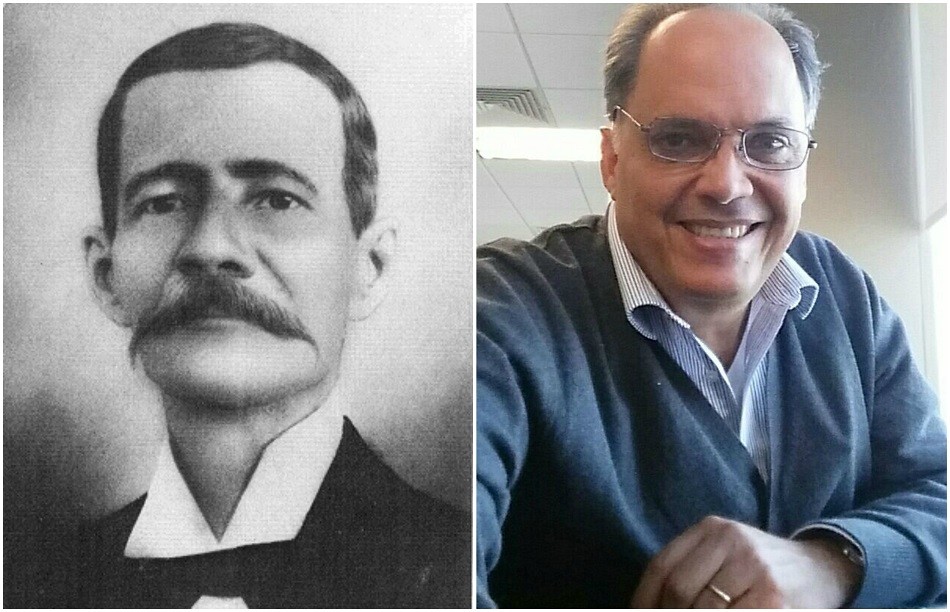 You ever heard of Joseph Sickman Corsen?  Well, you should have. This Curaçaoan is considered by many to be the father of Papiamentu literature, for which he blazed a trail with the immortal poem “Atardi”, published in Curaçao on September 27th,1905. Said poem established Papiamentu as a medium with viable profundity when it comes to the written word.

But unbeknownst to a considerable amount of people, writing wasn’t Corsen’s only talent. He was also a skilled composer and music was actually his primary passion; he was a music teacher. And he wasn’t alone in that passion.

It was nineteenth century Curaçao and the island was just getting into the groove of the Romantic period that was sweeping across Europe. This conduced to an artistic boom both in literature (in Spanish) and music.

Among the creative musical minds of that time were the composers Palm, Boskaljon, Naar and De Lima, names that have become institutions in Curaçao’s classical musical tapestry. Now, Joseph Sickman Corsen (1853-1911) received some recognition for his musical work in his own right in his day, so at times he is included on this list.

But contrary to his more intrepid colleagues, he didn’t particularly enjoy the spotlight. For this reason his musical creations rarely made it to publication and the grand majority stayed in manuscript form.

A shame, right? Well, not so fast.

Meet Selwyn Maduro, a music enthusiast and the main reason why the musical genius of the Curaçaoan legend was not lost to the annals of history.

Born and raised in Curaçao (1959), Maduro has been an admirer of the music produced on his native island, in particular classical genres like Wals (Curaçaoan version of the Waltz), starting from an early age. One day this love of Curaçaoan music prompted him to buy a keyboard – without being able to read musical notes or even play a piano, mind you – and this purchase set a chain of events in motion.

You see, shortly thereafter he discovered MIDI (Musical Instrument Digital Interface), which allows the connection and communication between electronic musical instruments and computers among other things. Along with this discovery he came across a software program that displayed the notes from the piano on the computer screen when he hit the keys.

But he realized the process went the other way too, i.e. when he entered the notes manually in the software program, the music played on the piano. This was when it occurred to him to start experimenting with it. And he just so happened to own a book with musical notes of children’s songs. He said to himself “Let me see if these will work on there”. In went the notes from one of those songs on the software and voila, out came music on the piano.

That got the ball rolling, he moved on to bigger game: the famous composition “Aura” by Albert Palm (1903-1958). When he ran those notes through the software, he was delighted by how the resulting sound was practically identical to the masterpiece many in Curaçao know and love.

The promising breakthrough was still fresh in his mind when he walked into a bookstore sometime later and came across a book titled ‘Leven en muziekwerken van de dichter-musicus J.S. Corsen’ (Life and musical works of poet-musician J.S. Corsen) looking all doleful and abandoned. It contained the notes from Corsen’s unpublished musical manuscripts.

Maduro himself wasn’t aware that Corsen had also been a musician so his curiosity was piqued. He bought the book and entered the notes from one of those works in the software program and was pleased by the pleasantness of the resulting sound. Thus he decided to try another, and another. The rest is, as they say, history. Four years of history to be exact. That’s right, it took him four years to digitize the compositions and put them on CDs, finishing in 2002. Let that sink in.

The motivation behind this inspiring labor of love (I mean the man has a full-time job, he did this in his spare time) was not to use the computer to supplant musicians as agents in the revival of these olden classics. On the contrary, his intention was to encourage musicians to delve into the trove of Curaçao’s musical legacy and give it new life among the next generation.

And you could say that Maduro’s work bore fruit, receiving praise from Curaçao’s Chopin, Wim Statius Muller, and getting featured in the Ñapa section of the popular local newspaper Amigoe. Sometime after that article was published, Maduro was delighted to get the news that famed Curaçaoan pianist Randal Corsen – Joseph Sickman Corsen’s great-grandson – had recorded an entire album playing Sickman Corsen’s compositions on the piano.

And that’s not all, the uber-influential Palm dynasty and Boskaljon have also received their own form of revival in recent years. But there are still plenty more musical manuscripts of olden gems still archived waiting to be unearthed, made recordable and thus preserved for the generations to come. But thanks in part to the groundwork laid by Selwyn Maduro, the seeds have been planted to ensure that there will be willing hands to get this important job done.