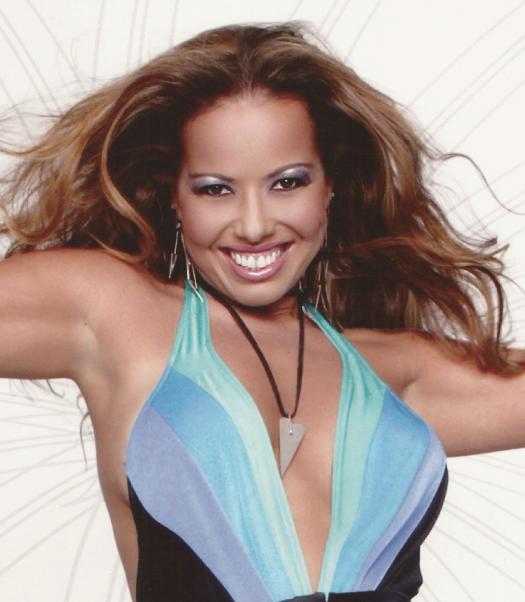 If you ask the Caribbean native, Maruja, born on the Dutch Caribbean island of Curacao, to describe her life and especially her musical life so far, her answer is likely to be ‘a journey’. And what a journey it has been… Maruja Bogaard From early beginnings, starring in musical TV shows from the age of 3, recording her first album at the age of 5, and touring the Caribbean at the age of 7, music has always been the most integral part of her life. Singing was ‘first and foremost’, though dancing and acting were also great passions.

Maruja quickly expanded her horizons by starting to travel to- and perform in the US, and soon moving there. It was in the US that she fell in love with the soulful sounds of Gospel music. Being musically ‘raised’ by such industry greats as Vicky Winans and her incredibly talented family, and Babbie Mason, shaped her musicality in a way that can still be felt throughout her performances today. Her love for Gospel music led to several Gospel recordings and awards (including Best Female Vocalist, Song of the Year, and Album of the Year) and its jazzy and soulful influences can be found interlaced throughout her music like a thread.

With aspirations covering both the artistic as well as the intellectual scope, Maruja took a break from performing to earn a Bachelor’s and Master’s Degree in Broadcasting, Film, and Mass Communication, after which she plunged right back into her musical career. In the years following her studies she starred in several musicals, including a headlining role in the touring version of the Off-Broadway musical ‘Nunsense’, toured with the corporate band US Beat as one of their lead singers, and performed during the 1996 Centennial Olympic Games in Atlanta.

Her journey next brought her across the ocean. After having lived in the Caribbean and the US, Maruja wanted to experience European culture, which led her to move to her father’s birthplace of the Netherlands. With a recording deal from Red Bullet, she recorded and released 3 singles onto the Dutch market, and collaborated with world-renowned DJ Tiësto, co-writing and singing the single ‘Searching’ (released as the summer theme for an international Coca Cola commercial).

Back in the US in 2004, Maruja took on her biggest challenge thus far recording her first worldwide release ‘Azuca’, a tribute to the legendary Queen of Salsa, Celia Cruz. The critically acclaimed album, released on Universal, brought the Caribbean-born singer international success and a myriad of song-writing and performing collaborations with Grammy nominated and winning artists and producers, such as Rodolfo Castillo, Barullo, and seasoned Latin recording artist, Oscar D’Leon, who also dubbed himself her ‘Musical Godfather’.

Her performances brought her to audiences throughout the world. On repeat occasions, such audiences included the Dutch Royal Family, and Queen Beatrix in particular – for whom she first performed at the age of nine and was invited back to perform for her in an intimate setting, after the release of ‘Azuca’.

Maruja’s rising star was temporarily dimmed by a healthcrisis in her family. The singer’s hiatus to return to her home island and care for her ailing parents was tinged with the loss of both parents within the course of less than two years. Although these experiences could have led to the end of her life-spanning music career, they have nonetheless shaped her already optimistic and positive persona, into an ever-stronger individual who feels her journey is far from over. With gratitude and resilience Maruja presses forward. Recent collaborations with incredibly gifted musicians and songwriters, have her in excited expectations about what the next leg of her journey will bring. In May of 2016, she had the honor of performing as a soloist with the renowned Metropole Orchestra in Amsterdam’s ‘Het Concert Gebouw’ in a tribute concert to her ‘musical father’ Rudy Plaate and she was featured in the 2020 documentary ‘Atardi’, about this same musical legend. She has recorded a yet-to-be-released song co-written by Stephanie Bentley (famous for writing hits such as Faith Hill’s ‘Breathe’ and Martina McBride’s ‘Concrete Angel’), and Rodolfo Castillo (Grammy Award winning songwriter/producer), and is currently working on a Christmas album.