The Night A Dutch Man Made Carnival History in Curaçao 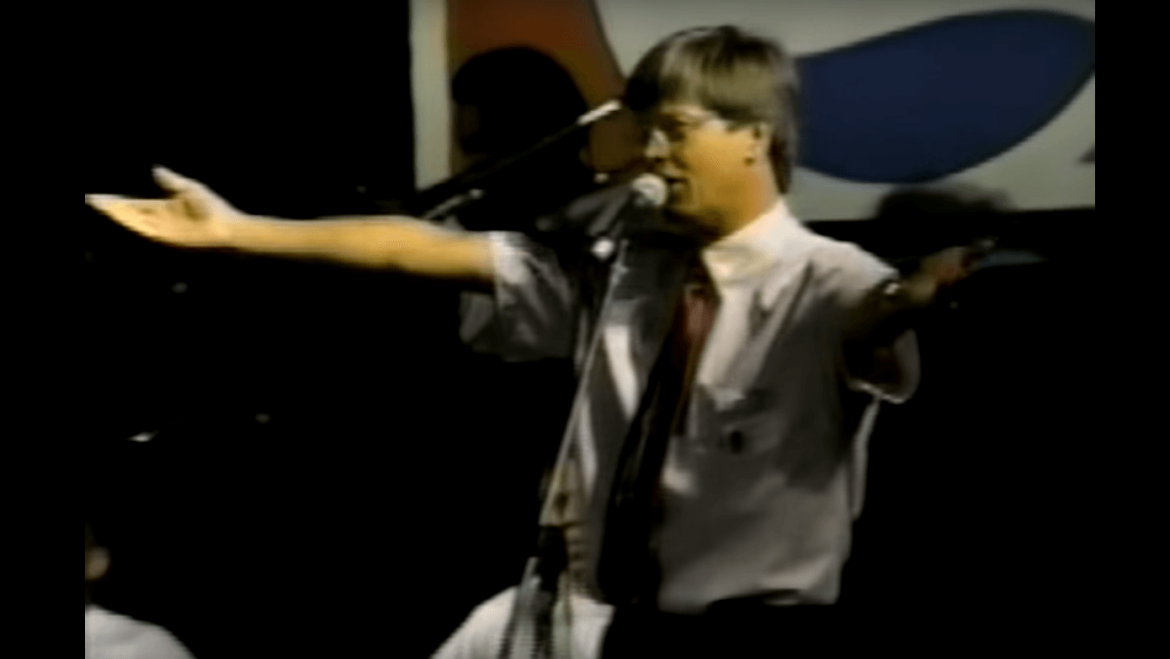 In this entry we take you back to 1992 when the Curaçao’s Carnival season was bewitched by the timeless Tumba classic “Kumpli Kuné” (Fulfill Your Obligation). Which made its debut in the Festival di Tumba of that year and left an indelible mark on all the following carnival seasons.

The occasion marked the first time a Dutch person sang in the festival and boy was it ever a way to break the barrier. The person in question was, of course, Peter van der Pligt and his unique onstage persona, heavy accent and the tumba’s resonating lyrics won over the crowd and then some.

His Festival entry proved to be an instant smash and nowadays leaving it out of any given “Most Popular Tumbas of All Time” list has come to be considered an unconscionable act bordering on blasphemy.

But who is the man behind this groundbreaking gem? Here’s a little bit of his backstory:

A ‘Rotterdammer’ through and through, he was born and raised (1954) in Rotterdam and actually only lived in Curaçao for six years, from 1989 to 1995. He was an insurance broker and he was, in fact, in Curaçao on a job assignment.

During his initial years on the island he became a member of a rock band called Late As Usual and they recorded a mini-album titled “I Will Remember You” (hence when he shouted this to the crowd at the end of his performance, it was actually a plug and not, as many thought, a proclamation).

His musical double life eventually reached the ears of his work associates, among them Finchie Statia – the man the entire island knows today as Wòti from the Mangusa commercials – who just happened to be putting together a composition for the Festival di Tumba in 1992. He immediately approached Peter to perform what he had written down with the pitch “this year we’re taking a ‘makamba’ to the Tumba festival.”

Naturally, knowing this had no precedent and not being able to speak a word of Papiamentu at the time, the language in which all the tumbas at the festival are sung, Peter had his misgivings.

But with further encouragement from Statia and a mutual friend named Johnny Leito, he gave it some more thought and decided to just go for it. He would soon realize the magnitude of that decision. After weeks of rehearsals it finally came time to take to the stage at the festival on that decisive night.

But before he did, in a strikingly plain shirt-and-tie outfit, Festival di Tumba legend Ike Jessurun gave him some advice in passing: “Make sure you look over the heads of the people in the crowd. If you make eye contact with anyone all the lyrics will fly right out of your head.” For Peter, a man who prior to that evening had never performed for a crowd larger than thirty people, it was sage counsel.

Well, I don’t have to tell you how that advice benefited his performance, now do I? However, despite the enormous popularity of “Kumpli Kuné”, he did not reach the finale, sparking minor controversy. But that did not keep him from becoming an overnight celebrity on the island. He couldn’t set foot outside his house without being mobbed.

This prompted the organizers to invite him to give another performance during the finale. And after that his tumba could be heard everywhere for the rest of the carnival period and its popularity subsequently lead to him sharing the stage with Boy Thode (one of his favorite singers) and a performance at the Zomer Karnaval (Summer Carnival) in Rotterdam that year.

And in addition to all this fanfare, “Kumpli Kuné” was also voted “Tumba Mas Popular” in 1993. It goes without saying he boarded the plane heading back to the Netherlands with a heavy heart in 1995.

So where is he today?

Well nowadays he’s still an active insurance broker in Rotterdam. But he regularly thinks back with immense fondness on the time he spent in Curaçao and the people of Curaçao feel the same way about that period.

This is evidenced by the staggeringly positive reaction he received from Curaçaoans on Facebook after someone posted his performance of “Kumpli Kuné” on the site early in 2017. It spread like wildfire and he didn’t even know where to begin replying to the truck load of friend requests he had been receiving since.