The Saint Lucian Queen Of Culture 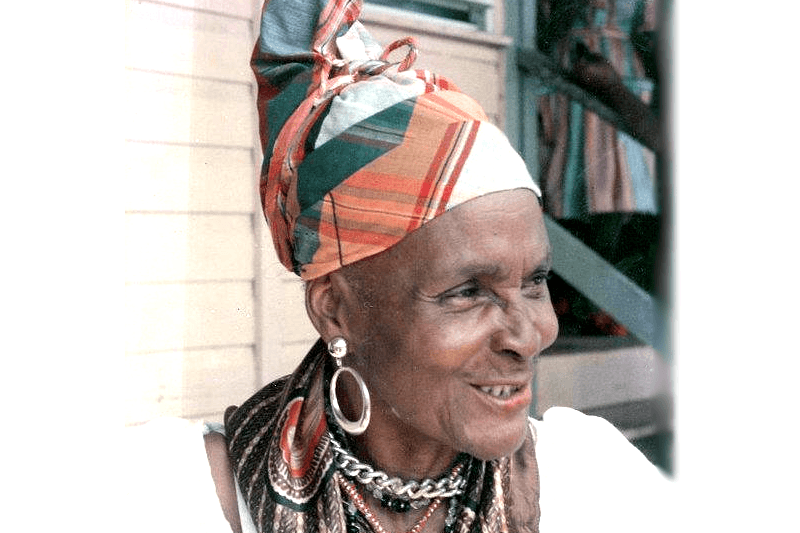 In this entry we bring you the story of Sesenne, a Saint Lucian singer and cultural icon. She was born Marie Selipha Charlery (later Descartes when she married) in La Point, Micoud, Saint Lucia on the 28th of March 1914. The area where she was born and grew up is the patois Kwéyòl-speaking part of Saint Lucia and she sang in her native patois at a time when the language and its accompanying customs faced heavy repression by the British elite of the island.

This obstacle notwithstanding, she eventually reached a mainstream audience on the island and her songs gained radio airplay. This lead to her being chosen as one of Saint Lucia’s representatives at the 1969 CARIFTA Expo – an annual event which paved the way for the establishment of the Caribbean Festival of Arts –  held in Grenada. Her performance at the Expo was sung entirely in Kwéyòl and she won the competition.

Following this victory Sesenne won many other awards and she went on to be inducted into the Caribbean Broadcasting Union Music Hall of Fame. She has made tireless efforts to preserve the rural patois language and traditions of Saint Lucian culture and for this reason she was officially designated as Saint Lucia’s “Queen of Culture” and in 2000 was knighted as Dame Commander of the Order of the British Empire.

She passed away at the age of 96 on 11th of August 2010 in Mon Repos, Saint Lucia. She was given a state funeral during which the Saint Lucian prime minister announced the creation of the “Dame Sesenne Descartes National Endowment for Creative Industries” which promotes the cultivation of cultural initiatives on the island. There was also talk of initiating a program to digitize her productions.

Listen to one of them below…