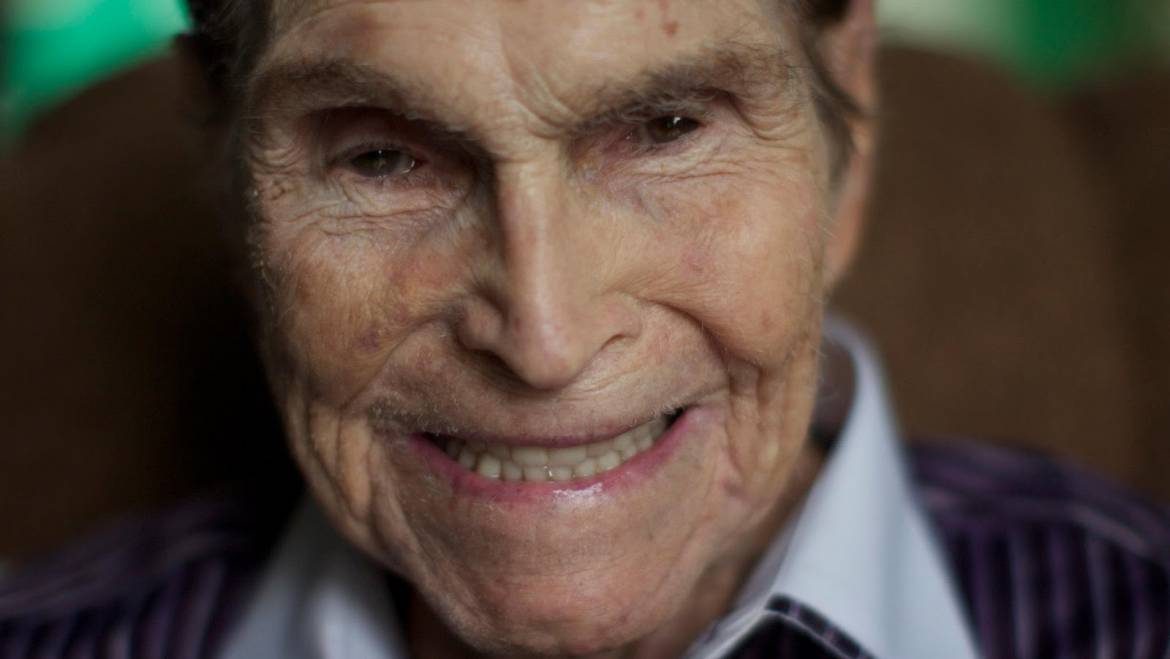 This entry features the biography of Padu del Caribe. The man, the legend, the father of Aruban culture:

Padu del Caribe is perhaps one of the most internationally renowned and influential artists his beloved native island of Aruba has ever known. Starting with the release of his first record in late 1960 – which was titled “Padu del Caribe en Venezuela”, a record which went on to sell 50.000 copies within its first year of release and established him as a household name in Venezuela – he has established himself as one of the most esteemed legacies in Caribbean music over the course of a career which has spanned five decades.

At the beginning
Born in Oranjestad, Aruba on April 26th 1920 with the given name Juan Chabaya Lampe, one could argue that Padu del Caribe – he adopted the name Padu after it was bestowed upon him as a nickname in honor of his grandfather, his ‘padushi’ – was destined to leave his mark on the music world as he was born into a very musical family.

His father was namely a musician in his own right and put a group together consisting of him and his brothers, Padu del Caribe’s uncles. Himself a piano virtuoso, he gave Padu piano lessons from a very early age. And with Padu eventually entering the fold, the Lampe family soon delighted their entire street (Nassaustraat) with the jovial melodies careening out of their house.

However, one could also make the case that it was his lifelong friend and fellow Aruban music legend Rufo Wever that had given the initial spark to Padu’s musical creativity. One fateful afternoon a then eight-year old Padu was strolling down the street in his neighborhood when he heard pleasant piano music coming from a house he came across on his way.

The piano player? None other than the then 11-year old Rufo Wever. When Padu heard Rufo play he proclaimed to himself “I want to play just like that”. Thus began his passion for music and the enduring friendship between the two Caribbean musicians.

Before long, around the tender age of 16, Padu had developed his own musical style and was improvising melodies at plazas and at parties he attended, laying the groundwork for what would become his illustrious career.

Instruments and rhythms
Although he taught himself how to play the cautro, violin, mandolin and the clarinet as well, the piano remained his weapon of choice. This notwithstanding, he incorporated the cuatro into his songwriting process which would go as follows: he would compose the melody on his cuatro, then proceed to rehearse it on his piano and subsequently write the accompanying lyrics down.

Also, aside from his signature Dutch Caribbean rhythms, he had proven himself quite adept in the genres of Merengue, Danza, Bolero, Mambo, Twist, Rock & Roll and Swing music – scoring hits in these genres as well.

Legacy
Padu del Caribe has composed over twenty records and more than 400 instrumental compositions. He has also played at premier concert venues in a myriad of Caribbean islands (among which Puerto Rico, Dominican Republic and Cuba), Latin America (including venues in Medellín, Caracas and Maracaibo), and US cities like New York, Miami and Seattle.

And, naturally, one cannot forego mentioning one of the brightest shining beacons of his career: the composition of what is now the national anthem of Aruba, alongside his dear friend Rufo Wever. Composed in 1950, their Wals creation “Aruba Dushi Tera” was proclaimed Aruba’s national anthem 26 years later on March 18th 1976.

Additionally, such was the reach of his international stature that it landed him interviews on prestigious American TV channels like CBS and appearances on influential Latin American TV programs such as Sábado Sensacional con Amador Bendayán.

Furthermore, his fame also brought him occasions where he rubbed shoulders with the likes of international celebrities like Oscar D’Leon and Roberto Gómez Bolaños – the Mexican actor known the world over as the title character of the comedy show “El Chavo”.

It must also be noted that aside from being an accomplished singer, songwriter, composer and pianist, Padu del Caribe is also an extremely talented writer and painter. He has written three books on philosophy and metaphysics and he has given many exhibitions for his works of art, which can be found at numerous locations throughout Aruba.

Accolades
Throughout his career Padu del Caribe has won many prizes for his work but he was awarded his most salient of accolades for his many contributions to culture within the Dutch Kingdom in particular. For his efforts in this field he has received no less than two of the highest honors awarded to individuals carrying a Dutch nationality: Knighthood in the Order of Oranje-Nassau and De Zilveren Anjer (Silver Carnation), which is an honor given to individuals who have devoted themselves to culture on an entirely voluntary basis in the kingdom of the Netherlands.

The living legend
In 1946 Padu married the love of his life Daisy Croes. They were married for fifty years until her unfortunate passing in 1996. They have one daughter named Vivian and two grandchildren. For the past eleven years Vivian has devoted herself entirely to the care of her father in their home in Aruba.

Many memorabilia of Padu del Caribe’s larger than life career decorate its halls, open to all who wish to visit and stand in the presence of this Caribbean giant.

Listen to some of Padu del Caribe’s music here