The Untold Story Behind Merengue Music 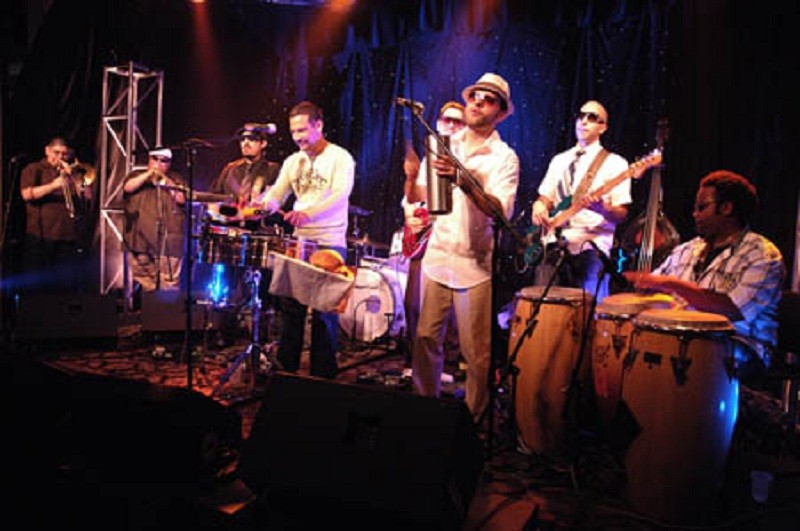 In this entry we take a look at a period in musical history. Particularly one in Curaçao’s region namely that of Merengue and the Dominican Republic.

You can’t talk about Merengue without talking about the Dominican Republic. It is one of the country’s premier exports. In close contention with Prince Royce, Romeo Santos, Zoe Saldana, – technically those three were born in the U.S. and Santos and Saldana are both half Puerto Rican, but we’ll just sweep that under the rug – the Presidente beer, Pulitzer Prize-winning author Junot Díaz, famed Hollywood actress María Montez, international playboy Porfirio Rubirosa, practically half the MLB roster and, let’s be honest here, women of the night.

Now, discussing the motherland is a dicey subject for many Dominicans living abroad, but, bar a brief description here and there, the dictatorship talk will be kept to a PG minimum.

For when you talk about the history of Merengue you must also mention another one of the Dominican Republic’s international figures: the ruthless and megalomaniacal dictator – I mean this guy was really out there–Rafael Trujillo. But he comes around a little later in the story. Let’s start at the beginning, which is a bit fuzzy.

Artists from the Dominican Republic may have popularized the genre around the world but it may come as a shock to many to know that it may actually not be the birthplace of the Merengue. There are some findings that place its origins elsewhere in the Caribbean.

Some musicologists report that as early as 1842 Cuban marching bands introduced Merengue to the island of Puerto Rico. Over there it went by the name ‘Upa’. It combined the Danza – the Puerto Rican version of the waltz- with some African elements. This didn’t go down smooth with the elite and things can get ugly when that happens. And ugly it got. Flavor-Flav ugly. Faster than you can say Upa, laws were passed making participation in the music and the dance an illegal act punishable by a fine and prison time.

And this wasn’t Footloose, there was no Puerto Rican Kevin Bacon to shake things up and open the people’s minds. All that persecution snuffed out the merengue on the island within 40 years.

But somehow different versions of it were also found in the Caribbean coastal regions of Venezuela and Colombia during the 19th century.

The Mereng from the neighboring Haiti, which involved (African) hip movement while in ballroom (European contredanse) hold – much like the Merengue we know today-  also sprang into existence sometime around the midway point of that century and is actually one of the oldest forms of the Merengue.

Some etymologists contend that the name Mereng was a Haitian creolization of the word Meringue – a type of fluffy dessert often associated with French, Swiss and Italian cuisine, in reference to the light and fluffy character of the dance and music. They even go so far as to say that the word Mereng is what spawned the Spanish equivalent Merengue to describe the phenomenon we know today. Meaning Haiti might be the birthplace of the Merengue.

As was mentioned before the beginning is a bit fuzzy but the rest of the story is unequivocally a Dominican affair. But it should be noted that when the Merengue emerged in the Dominican Republic sometime in the 1850s, its African-ness offended the ruling classes over there as well. Why did it not suffer the same gruesome fate as its cousin in Puerto Rico? The DR’s massive rural population.

They were in the vast majority and, according to musicologists, were already steeped in African traditions. The Merengue spread among them like cat videos on YouTube, spawning many variants among the country’s different regions like the Pri-Prí, Merengue Redondo, and the very important Merengue Cibaeño.

The reason for its importance is that the Cibao region at the center of the Republic had the best economy, the largest city – Santiago de Los Caballeros – and a predominantly white population (the prestige of this a product of colonial times). Due to these factors its variant of the Merengue came to dominate all other rural versions and when it came time for the genre’s liftoff into the international stratosphere, the Merengue Cibaeño made the cut. That’s the Merengue the world knows today.

At the turn of the century, however, all of them were still spurned by the upper class. And they controlled everything. Therefore the Merengue’s ascension to the country’s national music and dance would occur in two not so pleasant stages. The first was the 1916 U.S. military occupation – the first of two occasions this took place during the 20th century. The U.S. government had Sopranos swagger like that.

In any case the first time around it lasted 8 years, long enough for the Dominicans to get a little bit antsy about the estimated time of exit. And, not surprisingly, they weren’t subtle about it.

Apart from guerrilla warfare by caudillos and an international campaign against the occupation by the wealthy, they all came together to shove Dominican culture in the American troops’ faces. And that’s where the Merengue comes in. The Cibaeño brand became a symbol of cultural resistance all over the Republic, even the upper classes hopped on the wagon, though with some alterations.

This all put Merengue on the scene but it would not become a truly national symbol until sometime after the Americans left and the second stage of its ascension came into play: the Trujillo era.

How to describe Trujillo. Well, he was a cross between Mobutu, Stalin and a creepy perverted uncle. But he also hailed from that rural population which loved Merengue so much. So when he came to power in 1930– where he stayed for 31 years – he sought to it that it was placed on the national menu and it subsequently received widespread acceptance.

But of course, Trujillo being Trujillo, there was a catch; artists couldn’t just sing about whatever they wanted, top Merengue bands were renamed after him, and he had many songs made about his supposed awesomeness. Seeking freedom of artistic expression, many Merengueros left for Puerto Rico and New York, thus launching the great Dominican diaspora and the introduction of Merengue to an international audience.

In the decades following Trujillo’s death, with further massive migration and with the help of Dominican international powerhouses like Juan Luis Guerra, Toño Rosario and Milly Quezada, the genre has become a globally recognized phenomenon and a staple of Latin American culture, comparable in impact to the Salsa and the Cumbia.

Listen to some Merengue here