Why Rudy Plaate Was Hated By A Dictator 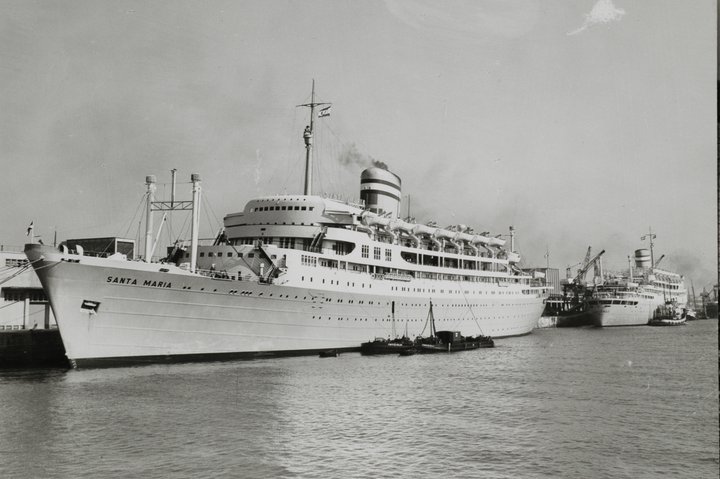 In this entry we press pause on a specific year in music history which took place in 1961.

You know what happened then? Drama in the Caribbean sea, off the coast of the small Caribbean island of Curaçao, which inspired a song. Vague, right? Let us give you the backstory.

In the year 1961, the people of Portugal were suffering under a then 35 year dictatorship led since 1932 by António de Oliveira Salazar. He ruled with an iron fist, aided by his secret police PIDE, but this did not keep him from having formidable resistance, one of the strongest of which at the time came from a charismatic Portuguese military officer named Henrique Galvão.

This officer had been living in Caracas, Venezuela in exile since 1959 (yes, back then people actually escaped to Caracas). And he wasn’t alone over there. He interacted with several other Portuguese exiles, along with Spanish exiles who were opposed to the Franco dictatorship in Spain, then ongoing since 1939.

In the span of two years, Galvão concocted a plan to overthrow the Salazar dictatorship and by extension Francoist Spain. Code named Operation Dulcinea, it involved the hijacking of a ship, with the intention of sailing it to Portugal’s African colonies and mobilizing the Portuguese troops there to destabilize Salazar, gain these countries their independence and simultaneously direct international attention to the regimes of the Iberian dictators.

The ship in question? The Santa Maria, one of the most luxurious Portuguese passenger ships at the time and a valuable source of income for the Salazar regime.

Departing from Lisbon, some of the ports where the Santa Maria would call were La Guaira, Venezuela and Willemstad, Curaçao (!!) and, on January 23rd 1961, 24 Portuguese and Spanish rebels boarded the ship in these two locations, disguised as tourists.

When the ship cleared the Curaçaoan coast, the rebels proceeded to take command of the crew using weapons they had hidden in secret compartments in their suitcases.

Unfortunately for the rebels, however, there were also American tourists on board. Before long this prompted a massive United States naval fleet to be deployed to hunt down the Santa Maria, eventually surrounding it off the coast of Recife, Brazil. Thus Galvão’s plans were foiled.

But that’s not where the Santa Maria story ends. Remember, the hijacking took place not too far off the coast of Curaçao and so news of it reached the island in no time (well, as quickly as was possible before hashtags). Among the people it reached was Curaçao’s own beloved musician Rudy Plaate.

He was deeply moved by the event and wrote and produced a song which revolved around the hijacking and which praised the rebel’s cause. The song was aptly titled “Santa Maria” and the Portuguese immigrants living on the island quickly sent records of it to their relatives in Portugal.

The song was in Papiamentu but because there are many grammatical and phonetical similarities between this language and Portuguese, the lyrics were perfectly intelligible to the Portuguese people and it immediately struck a chord in Portugal, eventually becoming the anthem of many anti-Salazar patriots.

Not even the regime banning the record could stop its reach. This simply prompted the people to smuggle it into the country en masse. The underground pervasion of “Santa Maria” reached such a fever pitch that Rudy Plaate was placed on the dictatorship’s black list as persona non grata (!!!). Luckily, he never visited Portugal during this time.

I bet you’re curious now to know what that song sounded like, right?

Listen to the song here