Who Was Julián Coco? 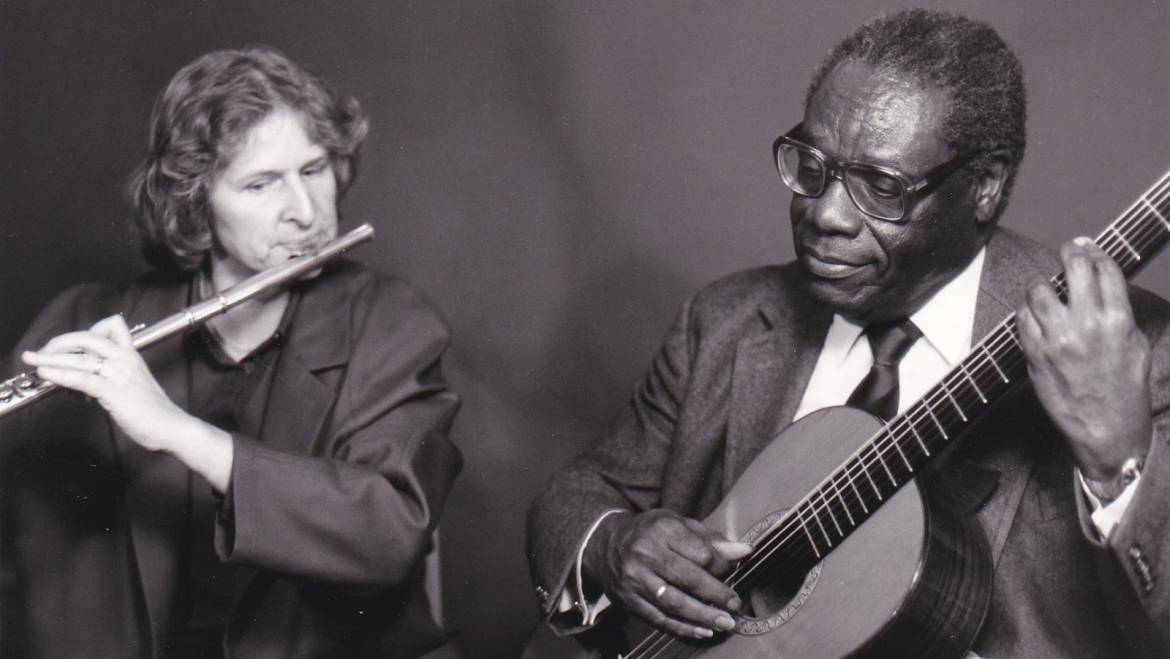 In this entry we feature the legendary bassist and guitarist Julián Coco (full name Julián Basílico Coco), born on the 9th of January in 1924 in Curaçao. He grew up in the Otrobanda district of Willemstad and taught himself how to play the cuatro, mandolin and guitar.

In 1953 he received a scholarship to go study to become a bassist at the Amsterdamsch Conservatorium in Amsterdam – where he also met his future wife – and became the first Curaçaoan to ever receive a diploma from a conservatory.

After graduating he studied to become a professional guitarist as well. Shortly after completely finishing his studies he became a bassist in an orchestra in Utrecht called the Utrechts Symfonie Orkest and he also became a guitar teacher at a music school in Hilversum.

But don’t think his music career was relegated to school halls. He had an illustrious and accomplished career, even performing for the queen of the Netherlands at one point. But that’s not all, Julián Coco also played with names that have become institutions in the world of Jazz music, and by extension music as a whole, such as Charlie Byrd, Dizzy Gillespie, Stan Kenton and Wes Montgomery.

Julián Coco stood tall among these giants. And throughout it all he remained an Otrobandista to his core. For this reason when a bust made in his honor was unveiled on the 24th of June in 2004, it could have been placed nowhere other than his beloved Otrobanda.

Made by the Venezuelan sculptor Julio Cesar Briceño at the behest of the Curaçaoan media personality Stanley Ignacio, the sculpture stands next to the Colon shopping center in that district.

On the 4th of February in 2013, Julián Coco passed away at the age of 89 in Laren in the Netherlands. The news of his death brought about an outpouring of grief as well as a series of special ceremonies in his honor in the Curaçaoan community. On the 8th of February he was cremated and his ashes were brought to his native island.

Watch it here and find out, or get re-introduced to, who Julián Coco was.